The journo description “Biochar is burnt charcoal” may be a bit naff but any mention of biochar from a NZ council is welcome. This is not the first time that Marlborough District Council have got their fingers in the char. They are leading the way in NZ, having investigated biochar as an option for grape marc management.

My last post covered the fabrication of a new WarmHeart designed trough kiln. This was run for the first time on a farm in the South Waikato. Aranui Farm is currently converting from a cow to sheep dairy system. Plans are also underway to incorporate biochar into the farming system at Aranui. HCBA will be used in bedding mixes and animal feed trials are also being planned.

The following photos follow the first firing of the kiln…

The woodpile was a mix of typical unidentified farm biomass… box-thorn, windfall, stumps, some dry, some fresh but all a bit winter damp. The kiln was placed on some old glass insulation and posts to provide separation from the damp, heat sucking ground. Quench water was made available via piping from a trough 100m away. Some uniform sized material was cut, stacked and covered a few days before firing. A ‘rick’ was constructed within the kiln from the similar sized material and then top lit. This is allowed to burn down to form the bed and help get the kiln up to temperature more quickly. A shortage of labor and a tightly bound wood pile limited how much biomass could be processed on the day. Much more could have been done with some better planning but the kiln performed very well, working through some quite damp wood and some large logs (up to 300mm dia).

Some general comments on the kiln: ideal farm-community-cooperative scale… 2-3 able bodies required to operate efficiently depending on biomass access and preparation; insulation of base & sides may increase process heat (the rockwool was only partially successful); success with larger logs requires good management and adequate smaller material to maintain flame cap for extended periods.

My nephew has knocked out a large new flame-cap kiln which we have yet to test drive. It was fabricated from 2 full sheets (1.6mm) to form the trough and another sheet for the ends. Dr Karl Frogner’s design cleverly limits steel wastage. The frame & ribs are 25mm SHS. The design for this 2000 liter kiln and other smaller sizes are available thanks to Dr Michael Shafer & WarmHeart Thailand but I suggest a donation to the orphanage they support in Northern Thailand if you plan to take advantage of their designs.

Basic materials for the kiln were about $400 and another $90 for the wheels & axle stubs. We got the plates bent for ~$140. Do get in touch if you want to get more details.

Thanks to Bill Quinn, OrganicAg for hosting us again in his organic marquee. Our last effort was 2018. We were kept busier this year and I’m sure more folk were aware of biochar than in 2018. Thanks to BNNZ committee members Simon Day and Miles Pope for their participation and to Dr John McDonald-Wharry for his support.

Lots on biochar toward the end of this report. Also links here to the NZBRC report produced for MDC.

“The Marlborough District Council has also been busy looking at options and in 2018 initiated a $170,282 research project predominantly funded through a Waste Minimisation Fund grant. The goal of the project was to look at options to turn grape marc into a stable, reusable and marketable product.

Finding a solution which minimises risk was one of the priorities.The land-spreading at Indevin represented a potential liability which they list in their report as “BOD [biological oxygen demand] of soil, forming methane, nitrous oxide and leaching into waterways.”

The estimation of how much marc equates to the 200kg of nitrogen per hectare of nitrogen arrived at by Jones and MaClaren was 42.6 tonnes per hectare, not 90 tonnes.

“It looks to us like an increased risk profile. It’s not to say something will go wrong. Nobody is doing anything illegal,” Jones says.

Jones’, whose speciality is burning things, says drying grape marc, instead of composting it, creates a start point for a number of different options.

It could be turned into pellets to feed to animals, or potentially be used as a fuel, or spread out on land throughout the year, not directly after harvest, or be used to make electricity.

He has another trick up his sleeve.

“You can then make biochar out of it,” he says, explaining biochar is essentially charcoal, but instead of burning it, it’s buried.

“The driver for making biochar is that when you’ve made the biochar, the carbon that was in the plant material turns from a form that rot to a form that will not rot. It will stay there for well over a hundred years, even thousands of years.”

If the marc had been left to rot and breakdown through land spreading, the carbon would be lost. This method locks the carbon up.

Mclaren, who specialises in what’s called life cycle analysis, where she looks at emissions from all parts of a supply chain, says using grape marc to lock up carbon has potential to support aspirations to become carbon zero, “in a not insignificant way”.

There’s a couple of fish hooks in this idea. At present biochar is not recognised as a carbon sink in the New Zealand Emissions Trading Scheme, says MaClaren. Secondly, setting up a plant to complete this process comes at a cost.

Jones thinks passing the cost of setting up a plant on to the end consumer would work out to a few cents a bottle, something he thinks people would be willing to do for a ‘green label’ sustainable product.

He estimates wineries might be paying somewhere between $10 and $30 per tonne of grape marc to have it spread at the Indevin property.

Turning it into biochar to be buried costs even more – coming out at $50 to $52 per tonne. It’s cheaper than landfill, which he says would be around $90 per tonne.”

Betsy was #8 signup to the ABE newsletter way back in 2013 and attended our Chaos Springs workshop in 2018. Doing great work in her community.

If you can make it to this years…

Then check out the biochar workshop at 3pm on Saturday. 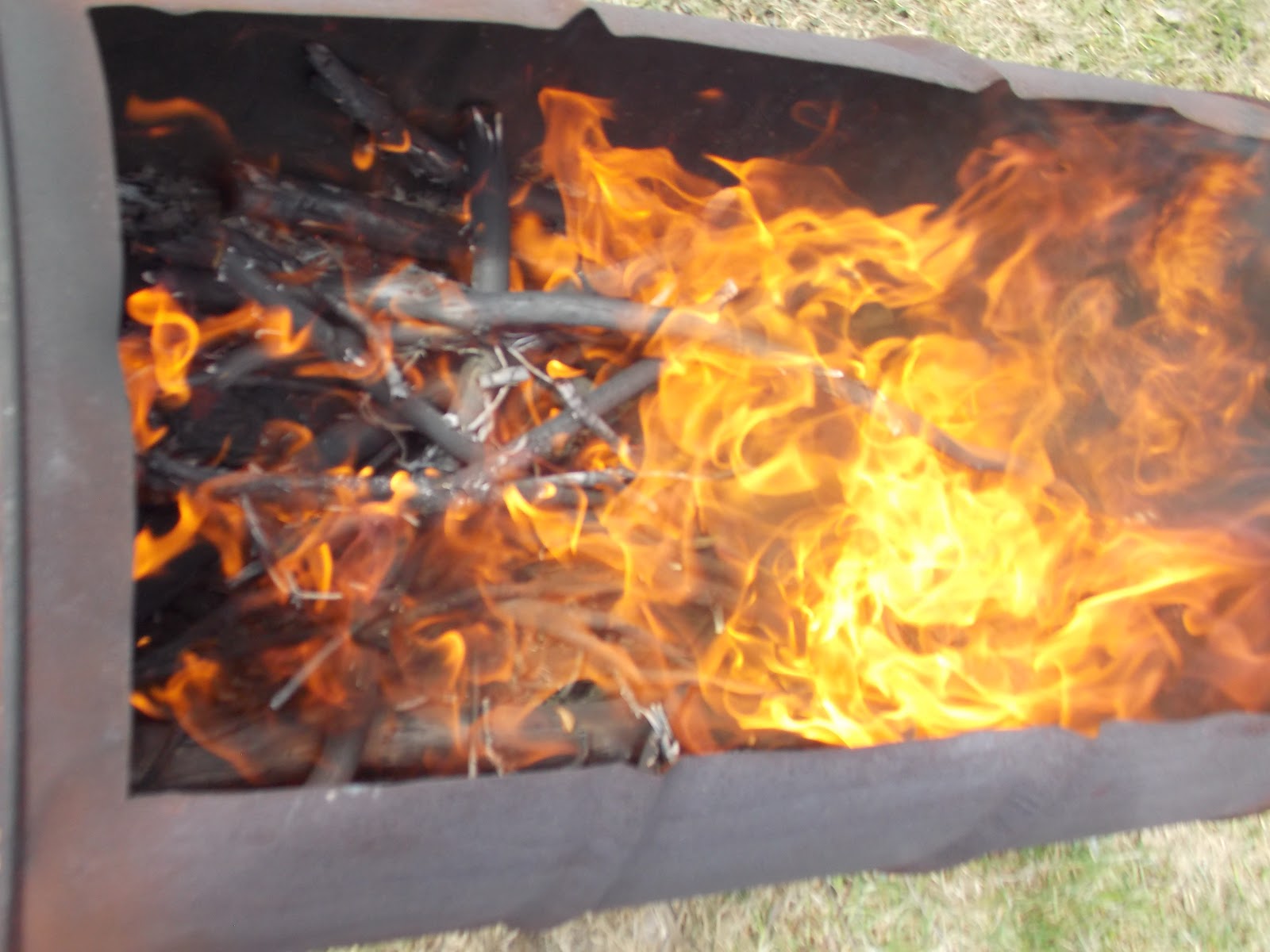 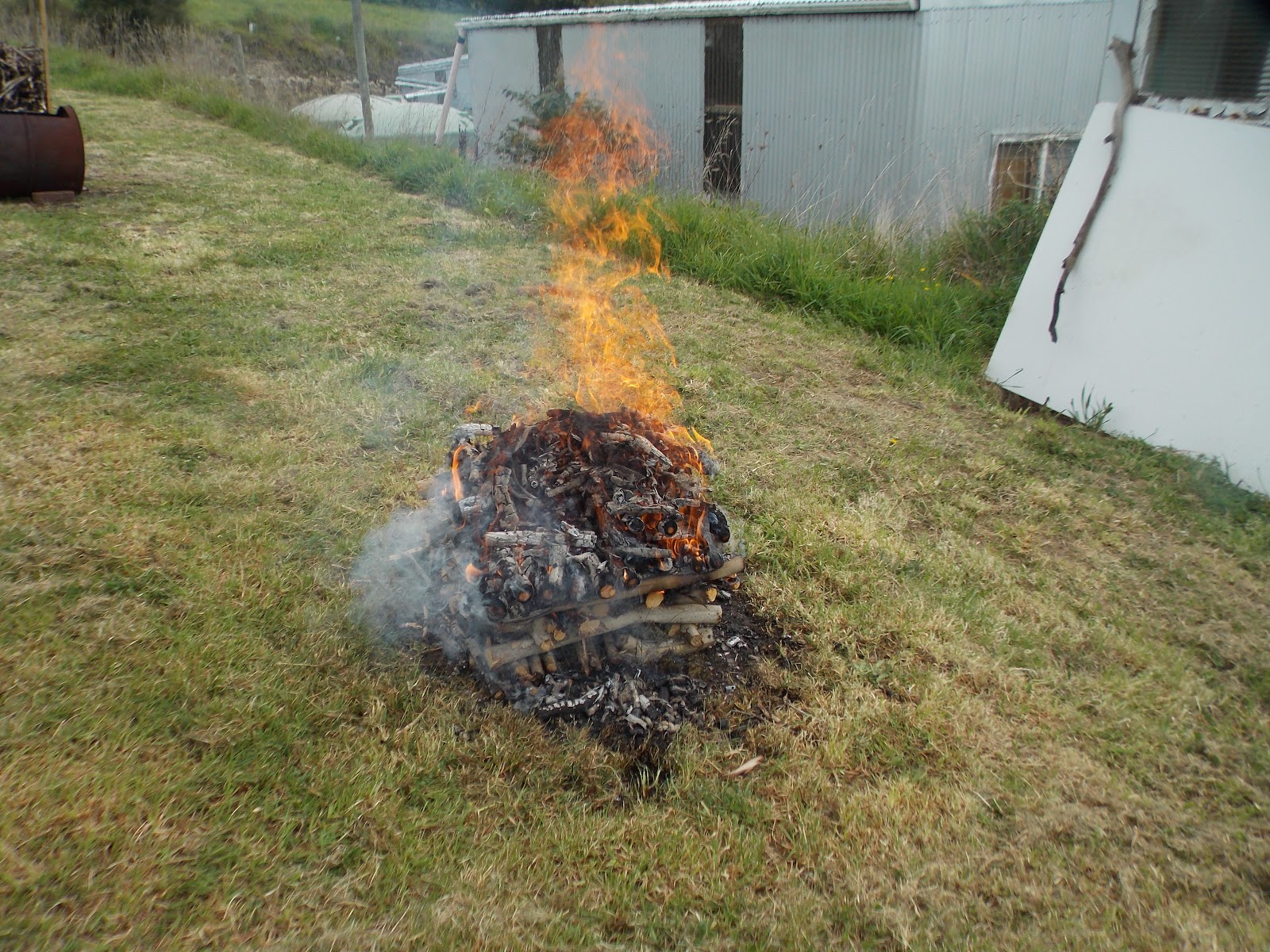