This new report is a bit of a disappointment if you are looking for any focus on biochar or soil carbon but they did at least try to include something… (but only in the supporting technical report!) 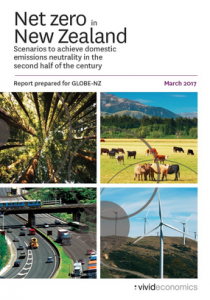 Pg.65: “Finally, biochar could be an effective means of reducing several GHGs. Biochar is a highly porous charcoal that can be created from harvesting waste from plantation forests. There is good evidence that it is a very stable form of carbon, so it could be applied to soils to store more carbon. Specific biochars might also help reduce N 2 O emissions, although the exact mechanisms are not yet clear. However, the main challenge at present to any widespread use of biochar in a pastoral system remains its cost and the large area that would need to be covered (Pollock 2015).”

IMO: a failure here to recognize potential of biomass for CHAB. Crop /forestry residues and coppice could replace coal… Fonterra being the low hanging fruit. Biochar is a co-product, valued accordingly.

Pg.88: “Soil farming and biochar abatement potential and costs. Some authors focus on the difficulties to measure, monitor and verify savings from these options while others suggest that there is significant scope for rollout (Sims et al. 2016). Further research in the New Zealand context of the costs and scope for roll out is required before this can be included in a robust assessment of abatement potential. This research could focus on the need for better quantification on the effects of biochar on soil productivity and nitrogen leaching, along with the extent to which emissions reductions could be permanent.”