The Second burn of the TLUD was an attempt to increase the feedstock value by adding new material in through the secondary air gap during the process. WE started with a half barrel of chips as a way to test the process and it worked reasonable well, although possibly 20% of the material was untouched by the time the embers started to drop from the bottom of the barrel.

Some thoughts below the pics. 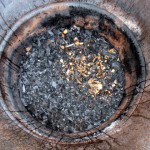 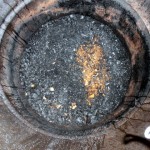 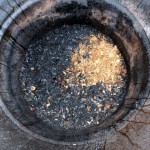 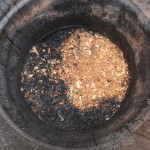 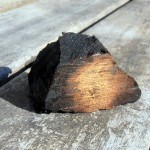 Thoughts on the burn

Another burn. Add the steel bars which will also give room to add supplementary feedstock, probably put the failed feedstock from Thursday into the mix and give it another burn and try to find a 100-150 litre barrel to stand on top of the burn barrel as a retort.

I have 2 new WWOOFERS arriving Monday, guess what they will be doing.