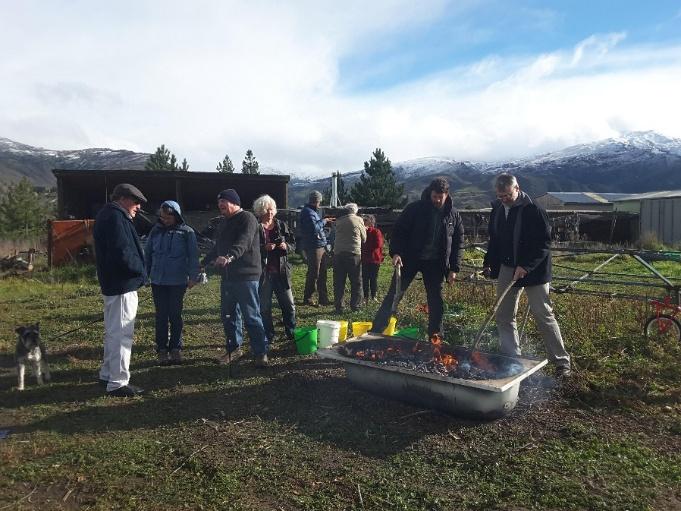 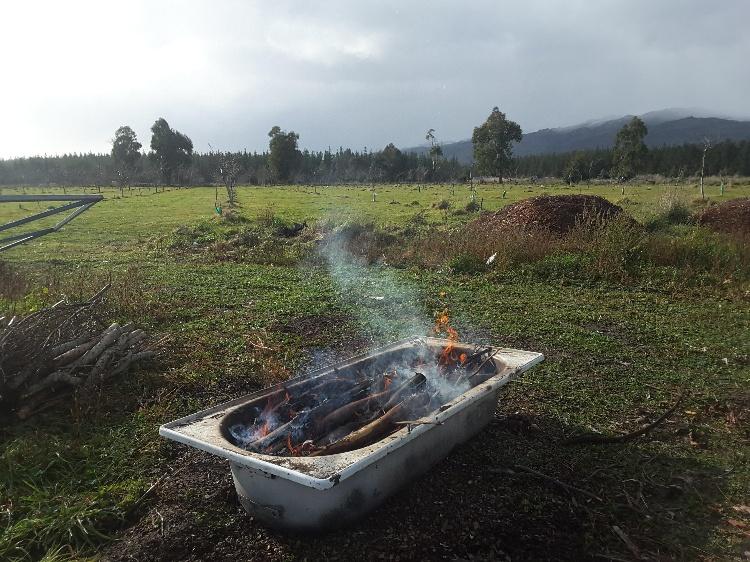 At the time of biochar application there was a good sward of grass and clover growing beneath the vines, while the remainder of the inter-row space had been mowed. Vine row spacing is 2.5 m.

The vines where this experiment has been established were noted for lower vigor than others within the vineyard and this is attributed to lower soil fertility than other areas due to gravelly soils associated with river nearby. 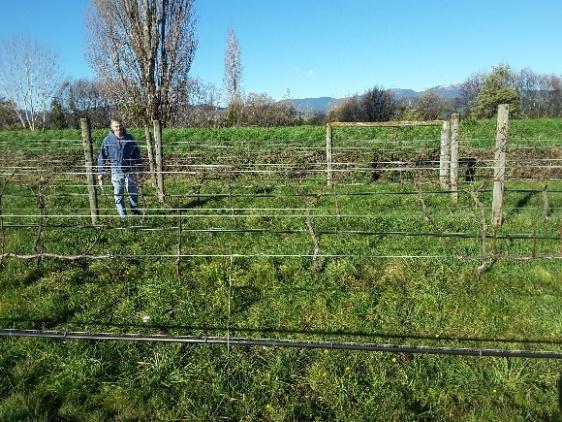 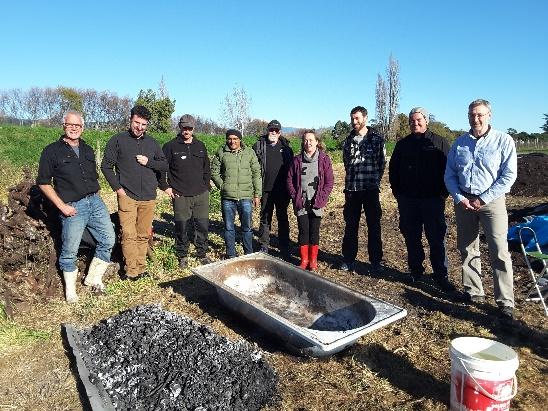 At the workshop at Chaos Farm we made biochar from mostly dry acacia branches in a small Kon Tiki kiln. The resulting biochar was top-dressed under lemon trees (circle of diameter 1.25m) at a rate of 10 t/ha (4 l/m2). Pairs of trees were chosen where biochar was applied to a tree and an adjacent tree labelled as a nil control. 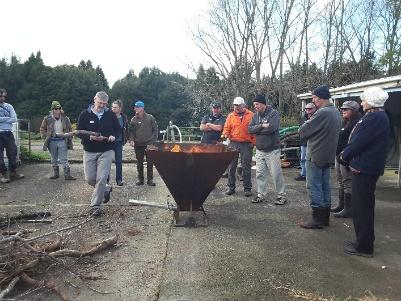 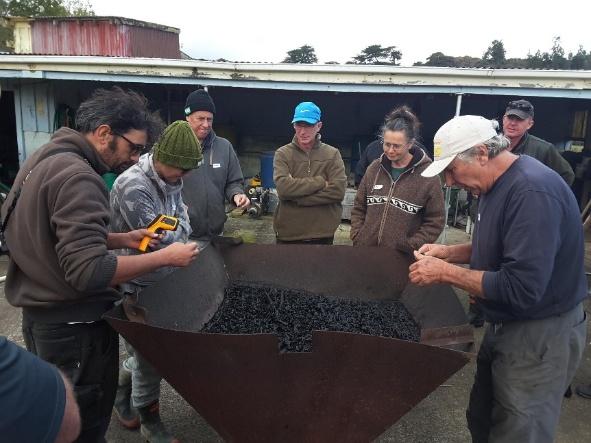 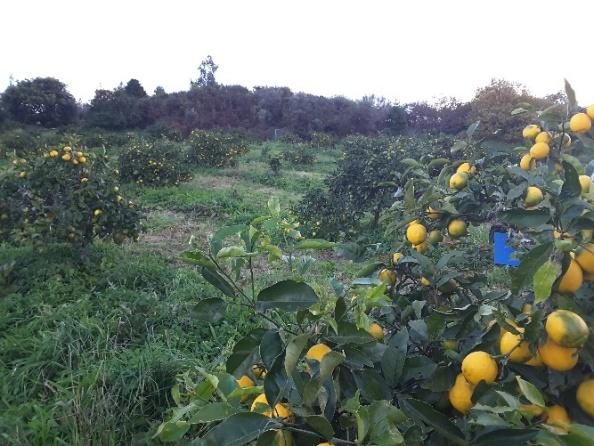 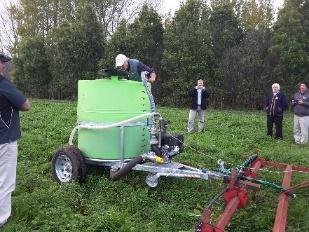 The lemon tree orchard had a healthy sward of mixed species growing below the trees. Most trees looked healthy and productive, but there was evidence of some Verrucosis on trees, which causes some disfigurement of the lemon skin and borer which can ultimately kill the tree. Steve demonstrated his cyclone pump system that he has developed to spray various organic liquid nutrient solutions around his farm, as well as soil injection where nutrients are pumped into slits cut in the soil. He also demonstrated how ground up  biochar can be mixed with water and pumped out onto the land.

Biochar here was made in the same small kontiki using dry kiwi fruit trunks that had been cut out because of PSA infection. 8 litres of biochar were applied in a shallow trench approximately 15 cm wide, 15 cm deep and 2 m long centred on one side of a vine and 1.5 m out from the stem. A further 8 litres were surface applied on a 1 m wide strip adjacent to the trench. 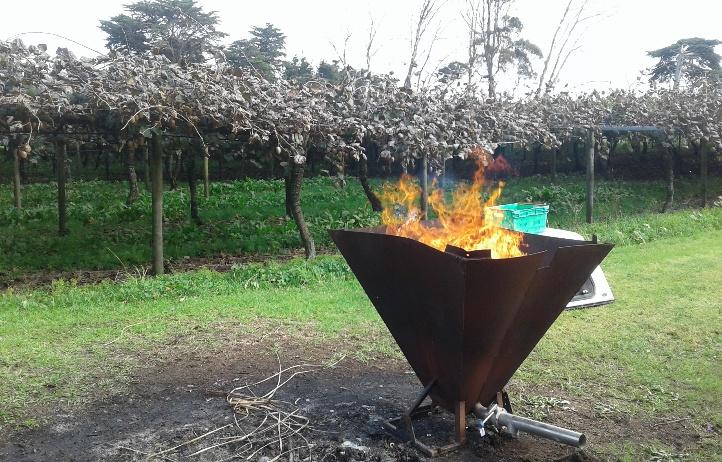 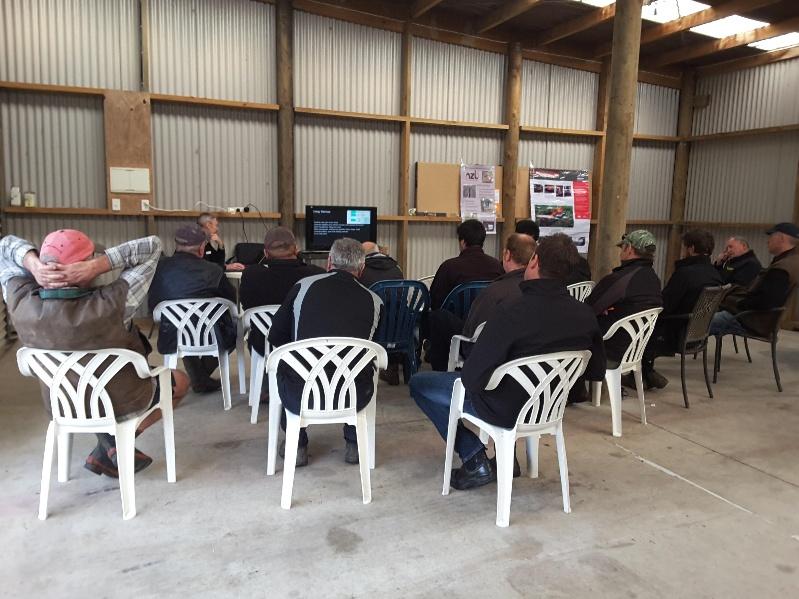 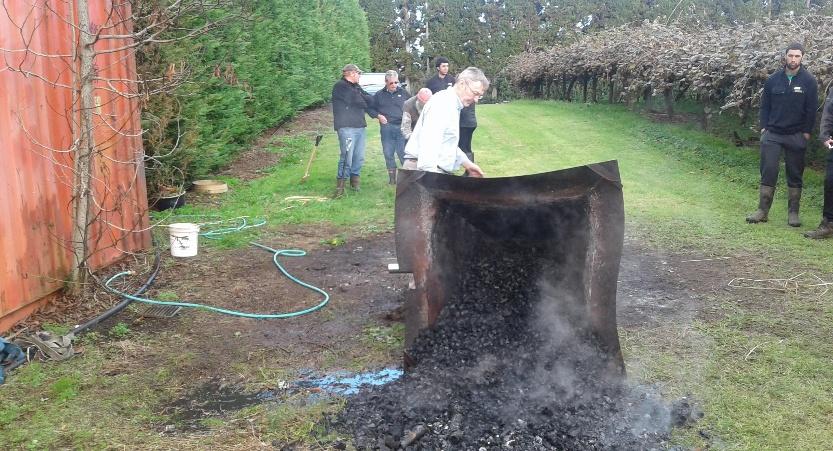 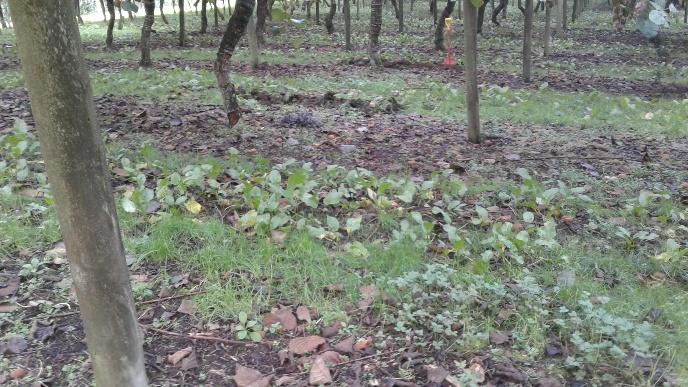 Biochar that was made in the same small kontiki used at other workshops using trunk and branch wood and leaf from apple trees previously cut out because off canker infection.

This was crushed and 8 litres applied in each of 2 shallow trenches 2 m long dug on each side of 2 apple trees. The treated areas were located in row 9, from bay 2 to bay 7. The order of treatments was: bay2-biochar, bay 3-nothing, bay 4-biochar, bay 5-nothing, bay 6-nothing, bay 7-biochar. 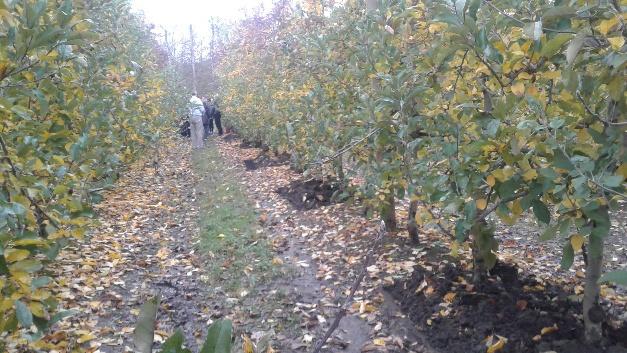 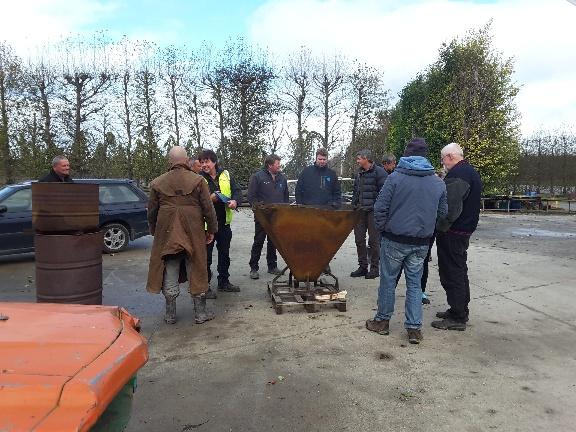 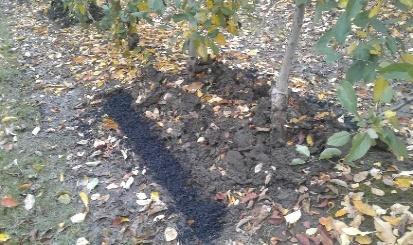